Stray Kids (Korean: 스트레이 키즈; RR: Seuteurei Kijeu; often abbreviated as SKZ) is a South Korean boy band formed by JYP Entertainment through the 2017 reality show of the same name. The group is composed of eight members: Bang Chan, Lee Know, Changbin, Hyunjin, Han, Felix, Seungmin, and I.N. Originally a nine-piece group, member Woojin left due to undisclosed personal reasons in October 2019. Stray Kids released their pre-debut extended play Mixtape in January 2018 and officially debuted on March 25 with the EP I Am Not. The group’s name “Stray Kids” was not defined by JYP Entertainment but conceptualized by the members themselves. It originally referred to a lost child who wants to chase their dreams and later evolved to represent the idea of finding a way together out of the ordinary.

In August 2017, JYP Entertainment (JYPE) officially announced their new reality survival show with the goal of launching a male idol debut project. More details and teasers were released in the next two months, including the show’s title, Stray Kids. Prior to its premiere on October 17, JYPE released Stray Kids’ first music video for a song titled “Hellevator”, which was later released as a digital single. Two members, Lee Know and Felix, were initially eliminated from the group but returned to the final nine-member line-up. Along with the launch of Stray Kids’ official website, JYPE announced the release of the group’s pre-debut extended play (EP) titled Mixtape. It contains seven tracks co-written and co-composed by the members, including “Hellevator” and other songs that they performed on the show.

The EP, along with the performance video of its second track “Beware” (Korean: Grrr 총량의 법칙), was released on January 8, 2018, while the performance video of “Spread My Wings” (Korean: 어린 날개) was uploaded online a week later. It debuted at number two on the Gaon Album Chart and Billboard World Albums chart. In conclusion they’ve accomplished a lot since their debut from their reality show, making music, award shows and other promotions. To learn more click here.

Stray Kids’ music is generally K-pop, hip hop, and electronic. They can be considered a “self-producing” idol group, with members almost always involved in songwriting and composing, and sometimes even assisting in arranging. Their discography has alternatively been described as being of a unique “mala taste genre” after the release of “God’s Menu” and also as “noise music”, a label that inspired their album Noeasy.

I like ten of their songs: Case 143, Time Out, God’s Menu, Thunderous, Miroh, Back Door, Maniac, Venom, Double Knot and Christmas Evel. I haven’t listened to their other songs yet but I just like the ten of these. I have no specific reasons as to why I like them but I just do and I just enjoy bopping along to them whenever I listen to their songs. You’re welcome to listen to them if you’d like:

My bias for this group is definitely Hyunjin and Felix ❤️ I like how good their vocals sound when they sing and their dancing moves. Felix can make his voice go deep when he sings like how he did it in God’s Menu and Maniac. I like their outfits in the music videos too, they’re stylish. And again no other reasons why I like them I just do. Anyone a fan out there too? Anyways bye for now until next review. 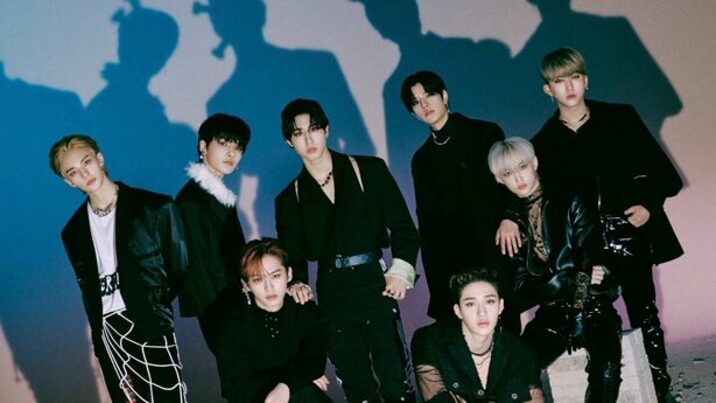 Welcome to my corner of the internet. This is where I blog about whatever comes to mind, attempted kpop/anime reviews for whoever is new to those that isn’t familiar with anime or kpop. The comment box is open for any comments but it’s moderated before public view. Welcome to ask me questions too if you wanted to. Thanks for stopping by and have a good day or good night wherever you are in the world.